The number of social networking sites around the world has fallen from 17 in June 2009 to six in December 2011, according to the latest Vincos map.

The number of social networking sites around the world fell to six in December 2011 from 17 in June 2009, according to Italian blog Vincos. The December 2011 map below shows that Facebook has become the dominant service in 127 out of the 136 countries analysed using traffic data from Alexa and Google Trends for Websites. Over the course of 2011, Facebook conquered the Netherlands, Japan and, after much wrangling with Orkut, Brazil. Within the Russian territories, two local networks, V Kontakte and Odnoklassniki, are still battling it out for supremacy. 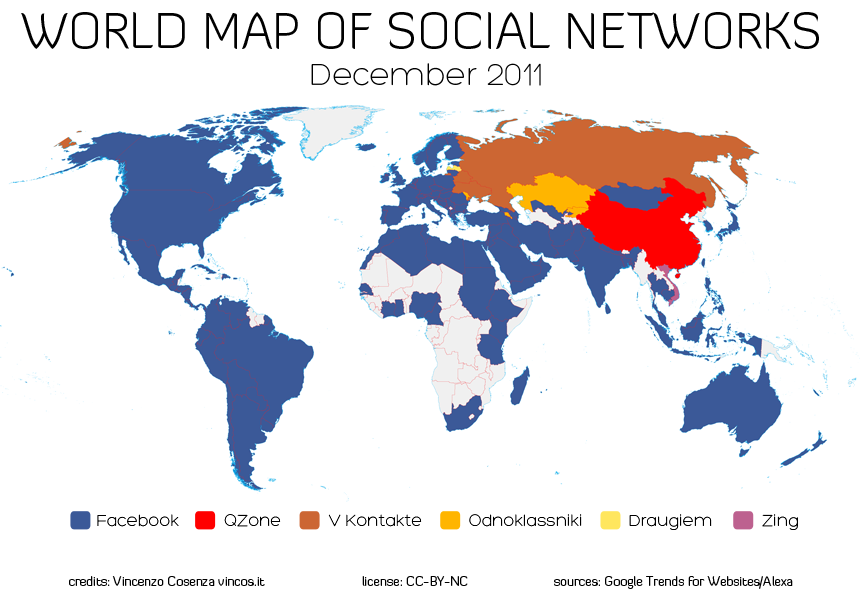